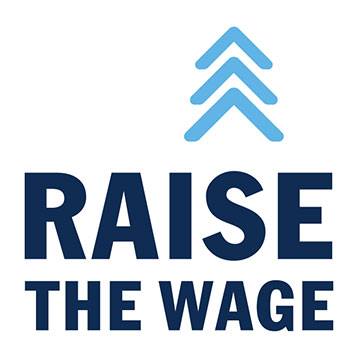 ACT NOW TO RAISE THE WAGE!

In line with its focus on economic mobility, Episcopal Community Services supports the concept of a living wage that truly allows for self-sufficiency. Increasing the minimum wage is not enough but can be a step on the way toward achieving a living wage.

The nonpartisan Congressional Budget Office (CBO) recently released its report on the impact of increasing the federal minimum wage. CBO estimates that, in an average week in 2025, a $15 federal minimum wage would boost the wages of 17 million workers who would otherwise earn less than $15 per hour.

While the CBO report notes there is a possibility of a relatively small amount of job loss due to the increase, a recent study on minimum wage effects in low-wage areas by the Institute for Research on Labor and Employment at the University of California at Berkeley finds only positive wage effects and no adverse effects on employment, weekly hours or annual weeks worked. Furthermore, the Berkeley study does not find negative employment effects among women or minority groups. The links to both the CBO report and Berkeley study are "The Effects on Employment and Family Income of Increasing the Federal Minimum Wage" and "New CWED Study: Low-Wage Areas Can Afford $15/Hr Minimum Wage".

ECS supports the proposed increase in the federal minimum wage to $15 per hour over time since it will lift a significant number of low-wage workers out of poverty and help them to move toward a living wage.

On July 18, the U.S. House of Representatives took important action toward increasing the federal minimum wage by passing the Raise the Wage Act of 2019. This legislation has now crossed over to the Senate. The original Senate companion bill has been stalled since it was introduced earlier this year.

Now is the time to urge our senators to take action on Raise the Wage!

Now Residents of other states should also contact their U.S. Senators. Click the link below to take action. Thank you for demonstrating your support for economic mobility for the families we serve.