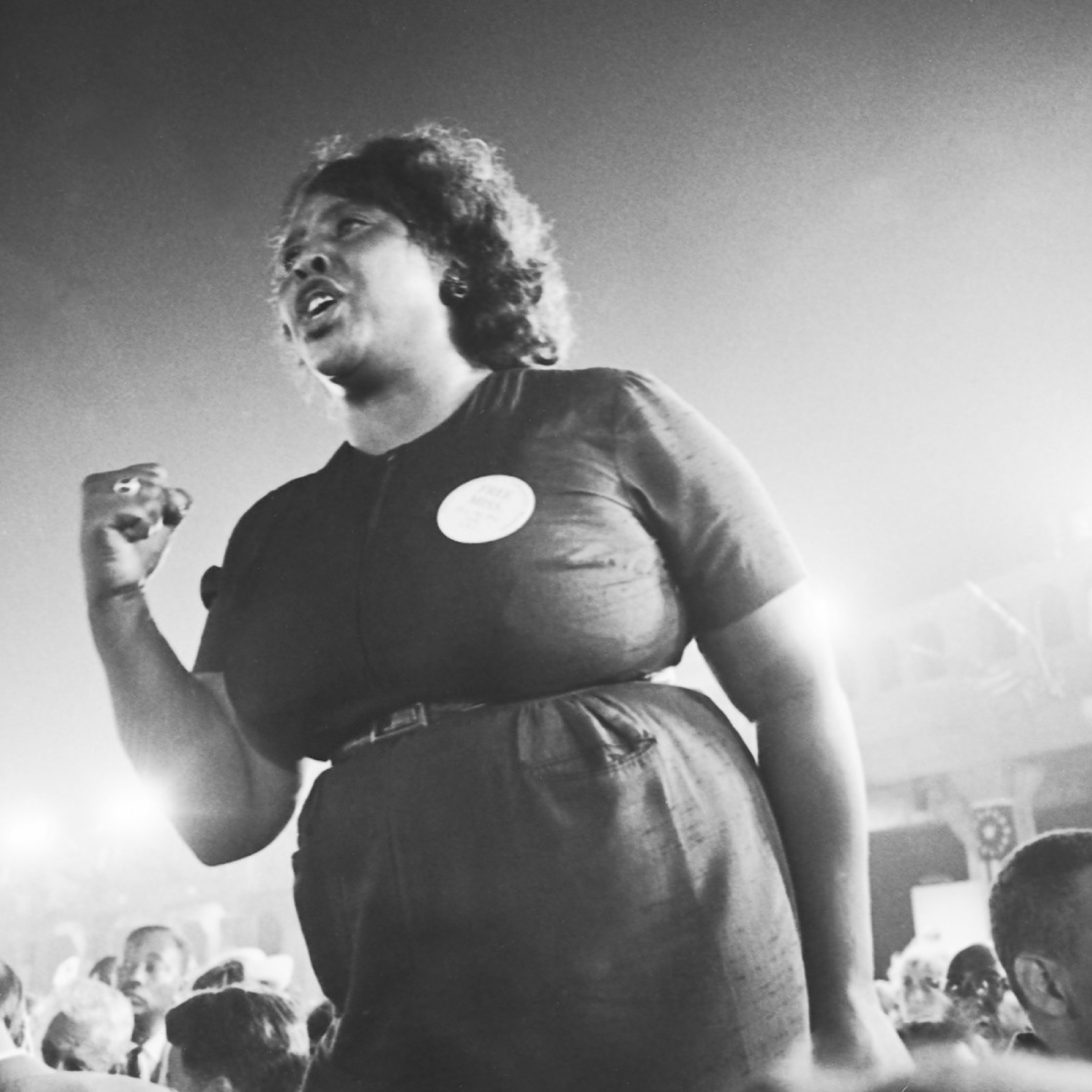 Throughout Black History Month, we are recognizing the significant contributions African Americans have made—and continue to make—for the betterment of our city, country, and world.

We want to have a conversation with you, too. Throughout February, we will spotlight on our blog and Facebook page an African American who embodied one of our four core values—one value each week and somebody who lived out the value of dignity, justice, community, or impact. We hope you follow along and join us in honoring their contributions.

Community: We integrate the ideas and perspectives of participants, staff, board of trustees, peer agencies, and stakeholders.

In the summer of 1962, Hamer made a life-changing decision to attend a local meeting held by the Student Non-Violent Coordinating Committee (SNCC), who encouraged African Americans to register to vote. On August 31, 1962, she traveled with 17 others to the county courthouse in Indianola to accomplish this goal. They encountered opposition from local and state law enforcement along the way; only Hamer and one other person were allowed to fill out an application.

Such bravery came at a high price for Hamer. She was fired from her job and driven from the plantation she had called home for nearly two decades—just for registering to vote. But these actions only solidified Hamer's resolve to help other African Americans get the right to vote.

Hamer became a community organizer for the SNCC in 1962 and dedicated her life to the fight for civil rights. She spearheaded voter registration drives and relief efforts, but her involvement in the Civil Rights Movement often left her in harm's way; during the course of her activist career, Hamer was threatened, arrested, beaten, and shot at.

In 1964, Hamer helped found the Mississippi Freedom Democratic Party (MFDP), established in opposition to her state's all-white delegation to that year's Democratic Convention, and announced her bid for Congress. Although she lost the Democratic primary, she brought the civil rights struggle in Mississippi to the attention of the entire nation during a televised session at the convention.

Along with her focus on voter registration, Hamer set up organizations to increase business opportunities for minorities and to provide childcare and other family services. She helped establish the National Women's Political Caucus in 1971.