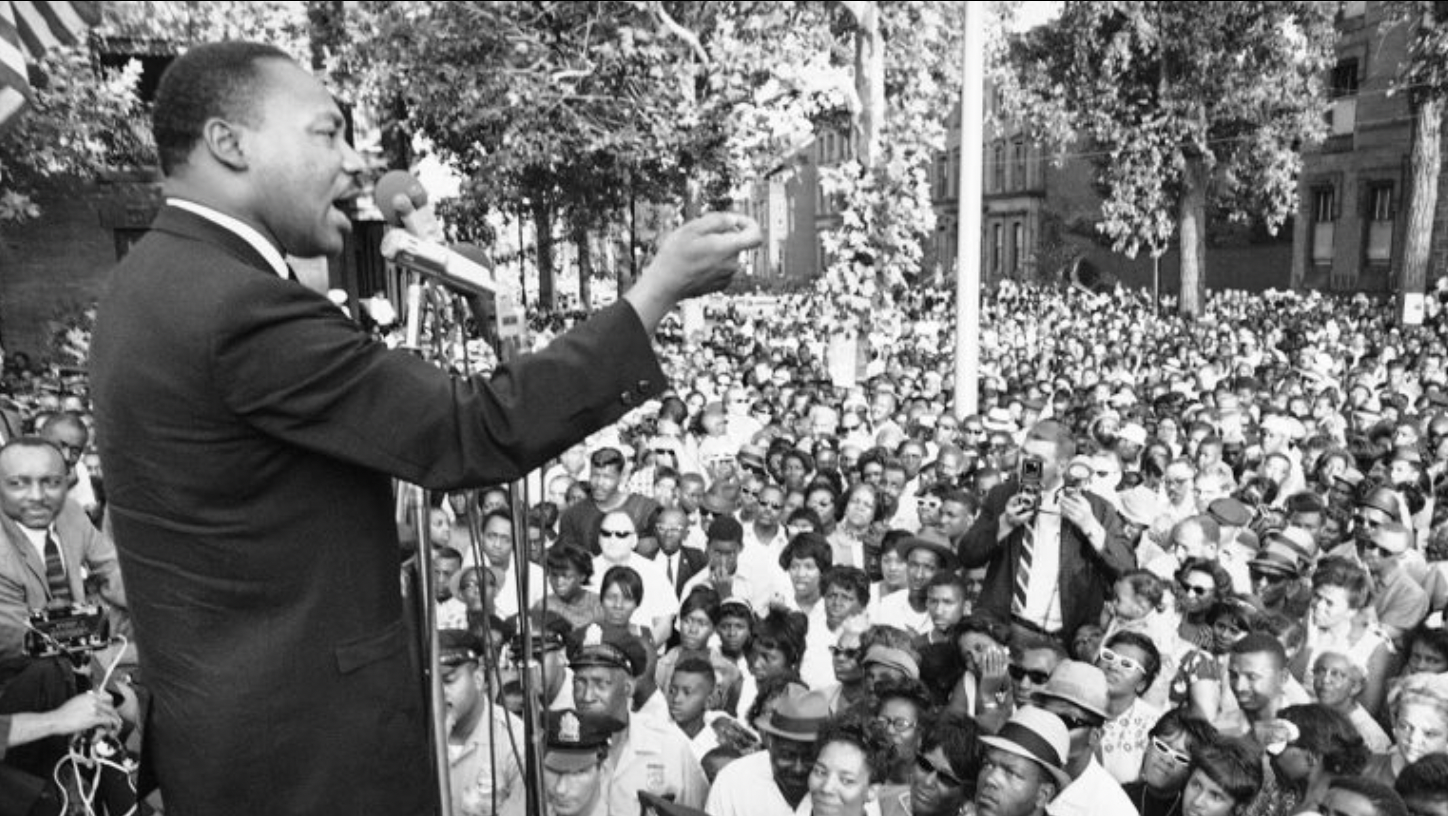 On January 16, 2023, ECS, along with the rest of the nation, will celebrate Dr. Martin Luther King, Jr. Day – a holiday to commemorate the legendary and prophetic civil rights leader and martyr. In anticipation of the holiday, we are focusing on Dr. King’s time in the Philadelphia area and have provided a list of service and commemorative activities across the region for you and your families. 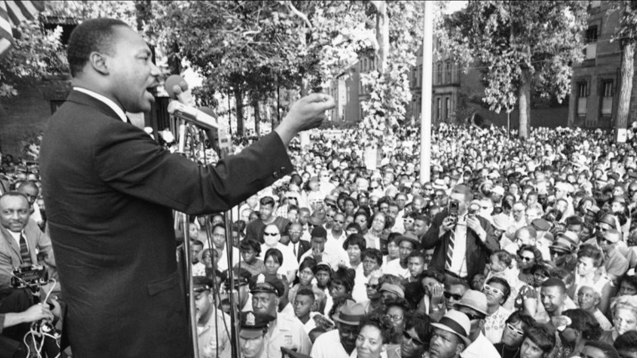 The Rev. Dr. Martin Luther King, Jr.’s impact can be literally and figuratively seen across the Delaware Valley. If you commute to and from Center City Philadelphia, you might find yourself driving on Dr. Martin Luther King, Jr. Drive. If you’re a resident of Germantown, your child might attend King High School. Dr. King’s image is captured on murals across the city and his name is affixed to recreation centers, historical markers, and street names across the Delaware Valley from Chester to Cherry Hill, and in suburban Montgomery and Bucks counties.

While Dr. King is often associated with the South – including cities like his native Atlanta, Birmingham, Montgomery, and Selma, did you know that Dr. King lived in the Delaware Valley for almost three years? Did you know that he also fostered friendships and working relationships with some of Philadelphia’s mid-century movers and shakers?

In 1948, Dr. King graduated from Atlanta’s Morehouse College at the age of 19. Already invested in the call to ministry, Dr. King enrolled at Crozer Theological Seminary in Chester, Pennsylvania. Seminarian King lived in Chester nearby campus for the next three years, visiting Philadelphia, Camden, and other nearby cities. King was engaged in the local Chester community and was mentored by the Rev. J. Pius Barbour, the pastor of Calvary Baptist Church. While in seminary, King also struck up a friendship with the Rev. Dr. William Gray, Jr., who later pastored North Philadelphia’s Bright Hope Baptist Church. King’s relationship with Gray would bring him back to Philadelphia for visits despite his busy traveling schedule. Also while at Crozer, the young King audited classes at the University of Pennsylvania and engaged in one of his first recorded acts of civil disobedience after being refused service at a Maple Shade, New Jersey café with friends. 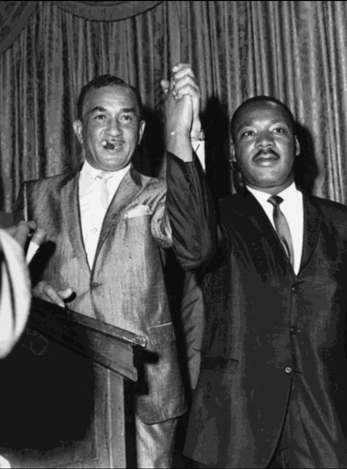 Dr. King visited Philadelphia many times between his graduation from Crozer in 1951 and his untimely death in 1968. Often, King visited to speak at local churches, raising money for the ongoing Civil Rights Movement. During the 1950s and 1960s, Dr. King spoke at Bright Hope Baptist Church, Salem Baptist Church of Jenkintown (now Abington), and made connections with other clergy including the Rev. Fr. James Logan of Calvary Episcopal Church (now Calvary St. Augustine), the Rev. Austin Jefferson of Abyssinian Baptist Church, and many others.

King also visited Philadelphia to accept numerous awards, socialize with, and speak at events for Black social organizations. In 1964, King addressed the national convention of Alpha Kappa Alpha Sorority, Inc. and was the guest of honor at the annual South Jersey chapter of the Links’ Christmas Cotillion in 1957.

By the mid-1960s, with voting and civil rights legislation passed, King brought his activism north to protest economic inequalities in America’s cities. Philadelphia, with its significant poverty and racial disparities was among King’s destinations. In 1965, Dr. King along with his organization, the Southern Christian Leadership Conference (SCLC), visited to participate in the two-day “Freedom Now” rally held in West Philadelphia.

The visit culminated with King addressing over 10,000 people in the vicinity of 40th Street and Lancaster Avenue. While in Philadelphia, King also addressed large crowds at the Baptist Temple (on the campus of Temple University) and at the outer walls of Girard College in North Philadelphia, a school which was in the midst of a desegregation battle. King lent his voice to the cause as local giants such as lawyer and activist Cecil B. Moore (with whom he had a contentious relationship), the Rev. Leon Sullivan of Zion Baptist Church, the Rev. Fr. Paul Washington of the Church of the Advocate, and Judge Raymond Pace Alexander, among others, organized years' worth of pickets and demonstrations around the campus. The school’s desegregation battle lasted until 1968, resolved only a few months after Dr. King’s assassination.

Following Dr. King’s assassination on April 4, 1968, demonstrators in over 100 cities across the nation violently protested his death. In Philadelphia, then police commissioner Frank Rizzo and Mayor James Tate issued a public proclamation forbidding gatherings of twelve people or more on public roads to avoid the potential for demonstrations. In response to the order, crowds gathered for a peaceful protest on Independence Mall. Despite the city’s apprehensions, Philadelphia experienced less unrest than many other major cities following King’s assassination.

Today, though Philadelphia is a city marked by King’s influence, our work is still unfinished as we strive to live up to his dream of a society without poverty, racism, and inequity. Through our work at ECS, we will continue to work toward achieving the dream.

There are numerous events happening across the region to commemorate Dr. King’s life and legacy. We have provided some resources for you and your family. If you participate, please tell us how you celebrated!