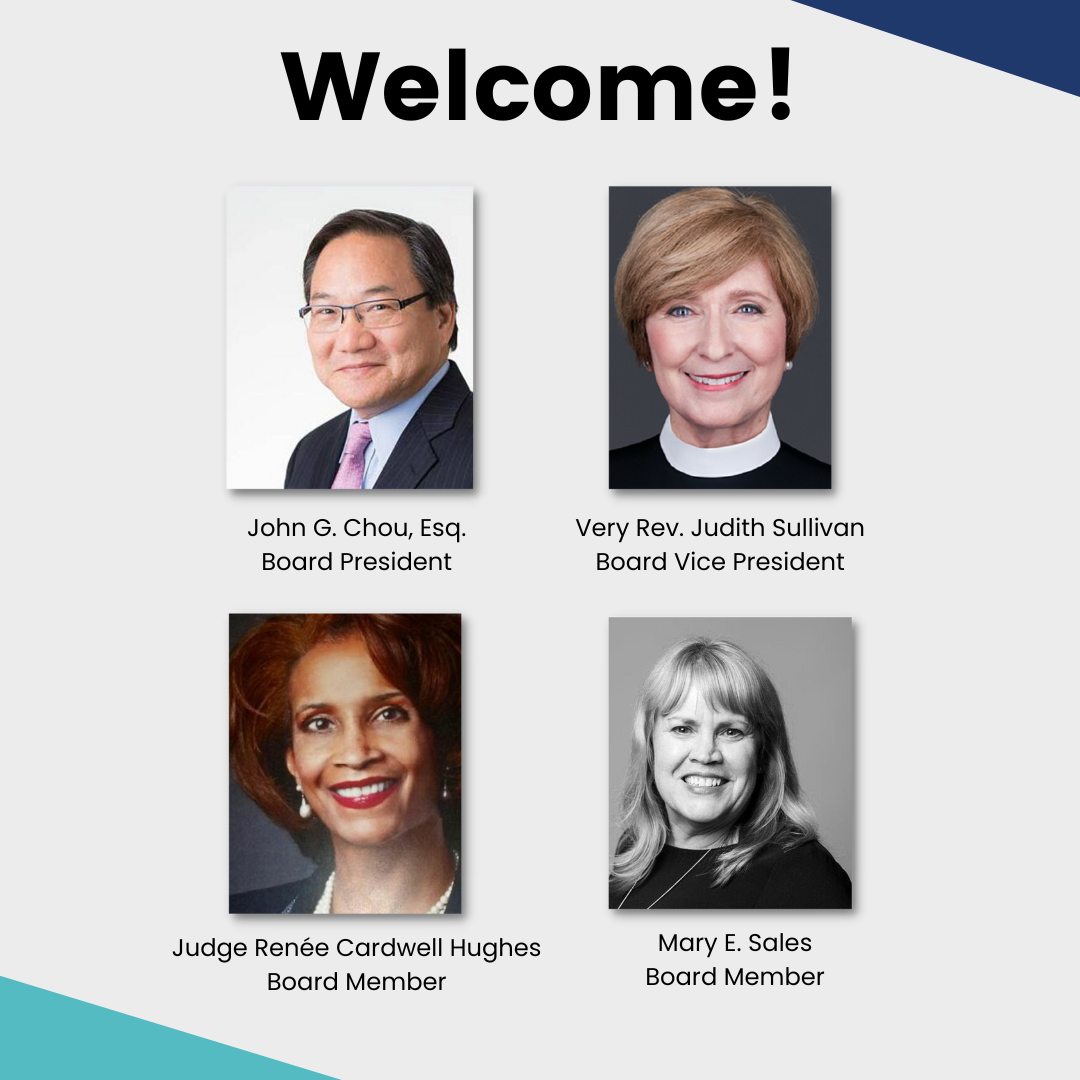 ECS Update: Board of Trustees

Our Board of Trustees plays a critical role in guiding the impact of ECS now and in the future. Please see below for new updates on our Board composition and leadership. You will see there is change and continuity. We will have a new President and Vice President who are both already known to our community as experienced ECS board members. Additionally, Fred Sutherland will become President Emeritus. Fred’s service to the agency as President has been exceptional and I am thrilled that he will remain involved to help bring the mission of ECS into the future.

I am grateful to the ECS board for the care and insight members bring to their work. I am grateful as well to our staff, participants, donors, and volunteers. Ours is a dynamic and vital community because of you all. It is a privilege to work together.

Episcopal Community Services (ECS) is pleased to announce the appointment of John G. Chou, Esq. as its new board president and the Very Rev. Judith Sullivan as its new Vice President. 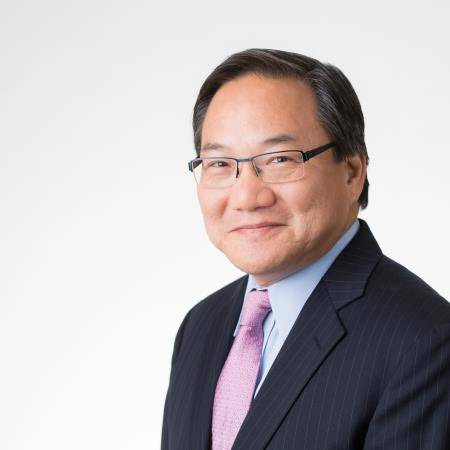 John G. Chou, Esq. will retire in August 2022 as an executive officer of AmerisourceBergen Corporation. He served in several capacities during his 20 years with the company, including most recently as Executive Vice President and Special Advisor to the Chairman & Chief Executive Officer and for many years as Executive Vice President and Chief Legal Officer. He had management responsibility at various times during his tenure with AmerisourceBergen for the legal, regulatory, compliance, strategy, corporate development, IT and enterprise risk management functions.

Before joining AmerisourceBergen, Mr. Chou was a partner with a large Philadelphia law firm and previously held senior legal positions both in-house and in private practice in the United States and the United Kingdom.

Mr. Chou is a graduate of Harvard College and the University of Pennsylvania Law School. Actively involved in the community, his other board affiliations and memberships include the Committee of Seventy Board of Directors, where he serves as co-chair of the Diversity, Equity & Inclusion Committee and as a member of the Executive Committee. He is a parishioner at The Church of Saint Asaph in Bala Cynwyd and is a member of the Cathedral Chapter of the Philadelphia Episcopal Cathedral. 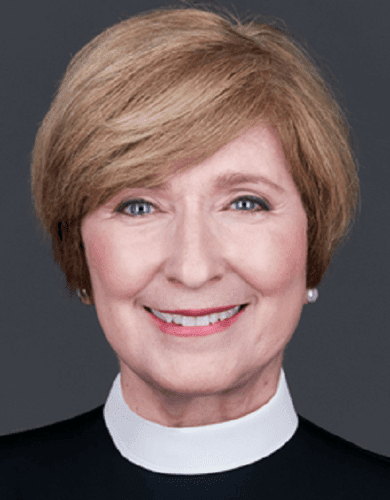 The Very Rev. Judith Sullivan is the Dean of the Philadelphia Episcopal Cathedral. Led by Dean Sullivan, a growing Cathedral community is serving the neighborhood with a variety of ministries and welcomes all in the Diocese to its weekly worship and Diocesan services and events. Dean Sullivan was awarded a Masters in Divinity from General Theological Seminary in New York and is a graduate of Wellesley College. In the Diocese of Pennsylvania, she is a member of the Council of Deans and served as the Co-Chair of the Loving Presence Committee, which created a strategic plan for dismantling racism within the Diocese.

Prior to ordination, Dean Sullivan left successful careers in politics and corporate marketing to direct non-profit organizations which promoted access to higher education for youth with limited opportunities. She was the past Chair of the Board of Directors of Interfaith Philadelphia and serves as the Chair of the Board of Directors of Episcopal Legal Aid. She served on ECS’ Board of Trustees from 2009 to 2019 and was elected in 2020. 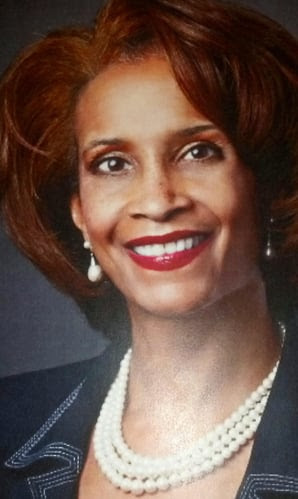 Judge Renée Cardwell Hughes currently serves on the board of The Haverford Trust Company, a $12 billion wealth management company and private bank, and The Independence Health Group Regional Advisory Board, a $21.8 billion health insurer. Prior to serving on the Regional Advisory Board, Renée served on the parent company Board where she was a member of the Executive and Audit Committees.

Judge Hughes was recently the President & CEO of Opportunities Industrialization Center, Inc., a workforce development nonprofit corporation that impacts more than 1,500 individuals annually. Prior to this position, she was the CEO of The Hughes Group where she led a team of business advisors focused on revitalizing corporate cultures. Before founding the Hughes Group, she was the CEO of the fourth largest market in the American Red Cross. She was a trial judge for more than 15 years, where she handled both complex civil and criminal cases and began her career as a successful corporate attorney. 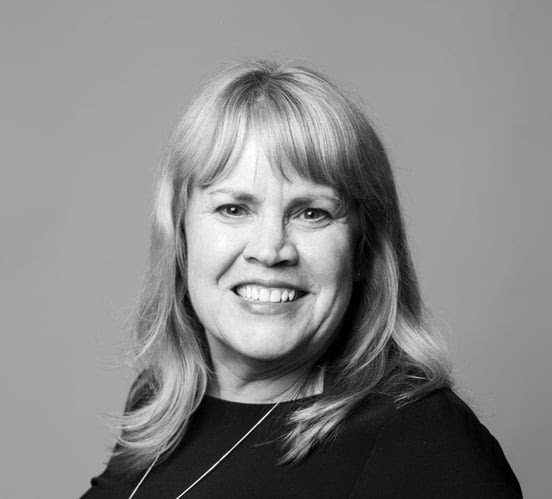 Mary E. Sales is an executive with proven success in leading growth, building trusted advisory relationships, business restructuring, and transformation. Her consulting experience, within the healthcare, financial services, pharmaceuticals, and manufacturing sectors, focuses on linking HR programs with an organization’s business goals for optimal results. She is a seasoned not-for-profit board member with HR, finance, compensation, and advancement committee experience.

She has served on the Board of Trustees for St. Peter’s School in Philadelphia, Pennsylvania since 2010 including as Vice Chair (2015-present), Chair of the Committee on Trustees (2021 – present), Chair of Development Committee (2015-2019), and on the Finance Committee (2014-2018). In 2015, she joined the Advancement Committee for ECS. Previously, she served on the Board of Visitors for The Bolles School in Jacksonville, Florida (2003-2005). She was recognized as the Business Journal 2014 Woman of Distinction, recognizing thirty women who have made a significant impact in the Philadelphia region.