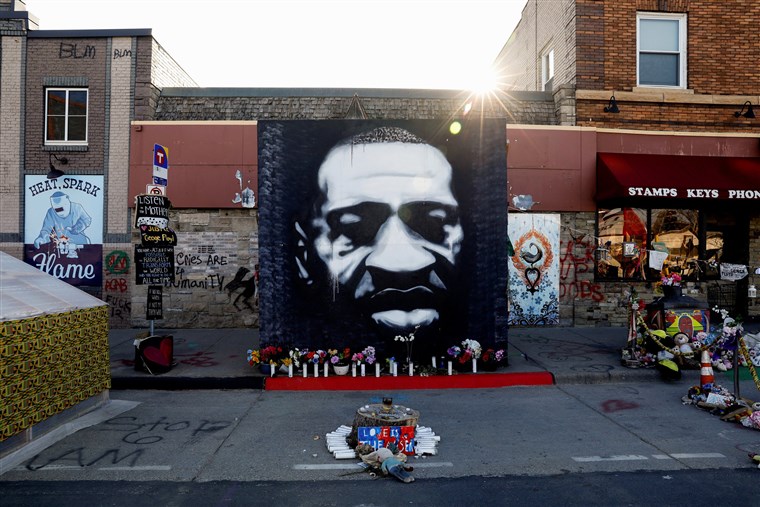 "The longest day must have its close—the gloomiest night will wear on to a morning. An eternal, inexorable lapse of moments is ever hurrying the day of the evil to an eternal night, and the night of the just to an eternal day."
Harriet Beecher Stowe

The verdict for Derek Chauvin reminds us how often the system has failed Black Americans, how many times the oppressor has gone Scot free. Tamir Rice, Freddie Gray, Alton Sterling, Eric Garner, Breonna Taylor. That seemingly endless list can never leave our minds, their names must not be forgotten.

As many voices have reminded us, this verdict delivers accountability for Derek Chauvin, but not justice for George Floyd. For real justice to prevail for Floyd and too many others, we must fashion a world in which the basic dignity of every human being is respected.

That justice is the long and hard work of naming the cancer of systemic racism and banding together to root it out so that all Americans can live without fear of violent oppression. ECS is committed to that demanding task. We know that we cannot truly serve people in poverty, we cannot hold out the hope of economic independence without acknowledging that for Black people the system right now is not fair, not just. Has not been for 400 years.

Nevertheless, we believe that right will prevail—not without our prayers and tears and courageous work, but it will prevail. That hope is what powered Harriet Beecher Stowe to trust that “the gloomiest night will wear on to a morning.”

In that spirit, ECS has just added Racial Equity to the top tier of its advocacy objectives. Now in addition to fighting for a Living Wage, and for an end to the Benefits Cliff, we will be naming that cancer of systemic racism and advocating at every level of society for real and lasting change. Further, ECS has begun implementing a plan for inclusion and equity within our agency, knowing that we cannot demand justice out there when we have not fully demanded it in here.

“Today, we are able to breathe again,” one of George Floyd’s younger brothers, Philonise, said during a news conference in Minneapolis after the verdict was released. “Justice for George means freedom for all.”

This moment affords us an opportunity to push for further change. At ECS we will do that both by coaching one promising person at a time, helping to light the path out of poverty for good, and by advocating for real and lasting change.