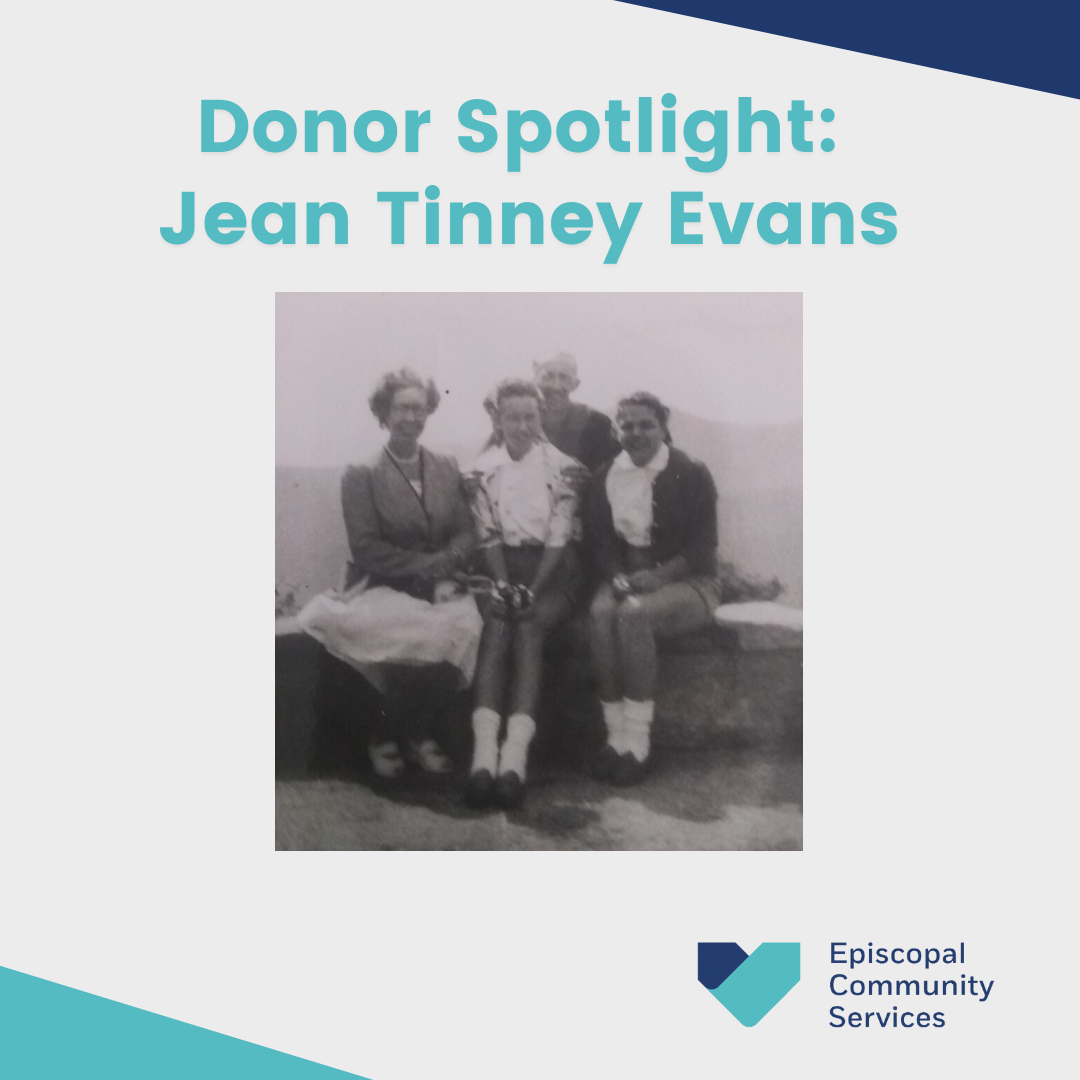 The Challenge to Serve Better

It was Christmas Day, 1949 when Jean Tinney, a 6th grader from Collingdale, Delaware County, walked several blocks to her friend Betty’s house to deliver a small gift. Betty was a classmate of Jean’s living in a home with a foster care provider – the fourth or fifth foster home Betty had known. Jean was disheartened when she found Betty not celebrating at all, but scrubbing the bathroom floor. “It’s what I have to do,” Betty told her. “It isn’t right,” Jean exclaimed to her parents when she returned home. That spring, Betty was sent to the Burd School, an orphanage for girls on Baltimore Avenue.

The Burd School for Girls was one of several Episcopal human service agencies in Philadelphia that would eventually be folded into the ECS family, which explains Jean's long-running ECS connection.

As the weeks went by, Jean—an only child—petitioned her parents to let Betty live with them. “I must have been very convincing,” she said. In the summer of 1950 Betty came to stay with the Tinney family for good. 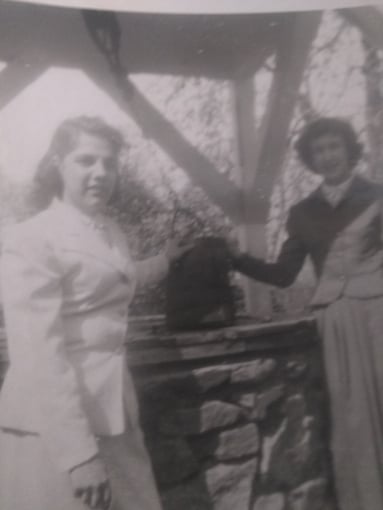 Jean thought back on growing up with Betty. “She had a hard time adjusting and adapting due to her experiences before she came to live with us. It was no fault of anyone’s,” she explained. No matter the challenges, the family devoted themselves to Betty and considered her one of their own. 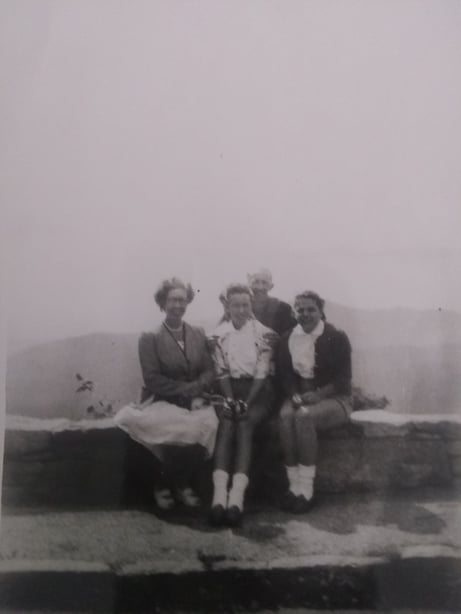 Betty received support from the orphanage until she reached adulthood.

When asked what motivates Jean’s charitable work she said, “We need to appreciate more the people who are receiving our assistance.”

As an adult Jean married, raised children, and eventually settled in Solebury, Pennsylvania, where she has been a parishioner of Trinity Church for the past 20 years. Jean reengaged with ECS when she served as Chair of the Outreach Committee at Trinity. Over the years she put on baby-showers for St. Barnabas and provided move-in supplies for families leaving shelter.  Jean and Betty remained close. After a brief marriage, Betty remained single and passed away in 1996. Betty’s spirit lives on through the charitable service and support that Jean provides ECS and several other beloved service organizations.