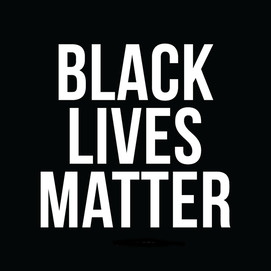 Time to Do Something

Grief and rage and disbelief. Those are some of the welter of emotions I felt as I watched a homemade horror movie of a black man being slowly snuffed out on an American street. While he called for help. While he called out for his mother.

Now the spark of Minneapolis has lit the dry kindling of bitter anger in hundreds of cities across the nation. We all feel a movement afoot; we sense that this is a moment to face into the painful realities of systemic racial injustice in America. Something needs to change.

Everybody knows good thoughts aren’t worth a dime. What can we do?

I read a poignant Facebook post by a fellow priest in the diocese, Chaz Howard. Here, with Chaz’s permission, is an excerpt from his powerful message.

I have been writing, speaking, teaching, preaching, protesting and getting arrested about violence against Black bodies for twenty years. I'm tired. It's hard to find the words time and time and time again. I'm tired. It's hard to perpetually be in both a pastoral posture of taking care of those of us who are grieving and angry and losing hope, while also trying to hold a prophetic posture of calling out injustice, racism, fear, hate, and indifference. I'm tired . . .

One of the things that I have said in the past is how important it has been when my white friends and loved ones have reached out and checked in during these moments—trying to get into the pain with me and other Black folks. It's beautiful. And I’m deeply grateful for acts of love like this.

But more and more what I think is also necessary is for white allies, friends, family members, loved ones to not just reach out compassionately to the Black folk in their lives, but to reach out to the white people whom they know are capable of doing what the woman in Central Park did (calling the police on Christian Cooper). Help to raise differently the young people who will become cops and district attorneys and judges and other leaders who will be charged with caring for Black Lives. Don't just call me, but push your friends and family members and co-workers who say racist stuff when I'm not around—those whom you know see me as potentially violent and dangerous and expendable.

Engage those who are indifferent and don't have to care.

They need a call from you more than I do.

Chaz’s request came as a challenge. I reached out to a friend who had written something decrying the death of Floyd. . . but quickly dismissing the racial heart of the tragedy. As lovingly as I could I said, This is all about race. Full stop. Let’s talk.

Most of us do not need to think better thoughts on issues like this; we need to do something. The Gospel we proclaim insists on it. The whole thrust of Galatians is Paul’s explosive declaration that in Christ, God has drawn people of every race and nation together into one body. Then, as now, there were religious people—the Jerusalem contingent in Paul’s struggle—who swore God’s grace and mercy did not apply to all. It was not easy for Paul to stand up to them, and it will not be easy for us. Nevertheless, I offer my brother’s request: find someone whose mind can be enlarged, whose heart may be softened, and speak a word on behalf of Black men and women, young people, children.

Every day, ECS works to lift up people trapped in poverty in our communities. We know that racial inequity is the mainspring of that trap. It just is, no matter how we want to talk around the subject. The good news is, we can do something about it. Today.